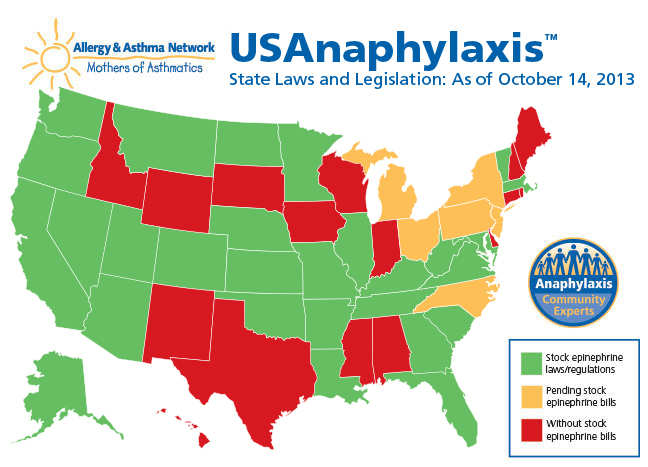 On November 13, 2013 President Obama signed into law the School Access to Emergency Epinephrine Act, also known as the EpiPen Law.

This Act encourages states to adopt laws that will require schools to have “stock” epinephrine on hand in the event of a severe allergic reaction.

For those of you not aware, President Obama’s daughter Malia has a peanut allergy.

The video below shows President Obama signing the Act into law.

This law is crucial because many schools do not have emergency Epinephrine on hand. If a child has a severe allergic reaction and does not have access to Epinephrine, the outcome could be fatal. This law is especially important for individuals that do not have their own Epinephrine at school or a prescription.

Several states have already passed laws to store Epinephrine at school. Below is an updated map from The Allergy and Asthma Network – Mother of Asthmatics.

If your state is not on the green list, please consider contacting your local representative. 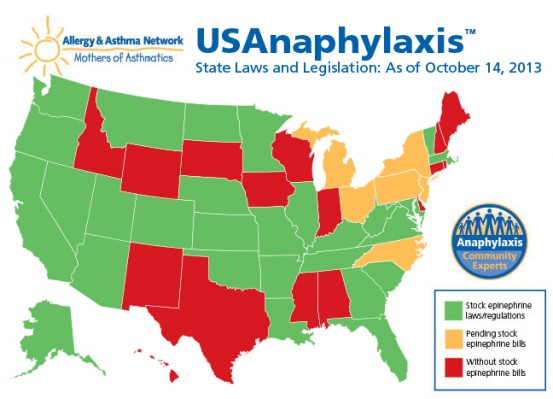