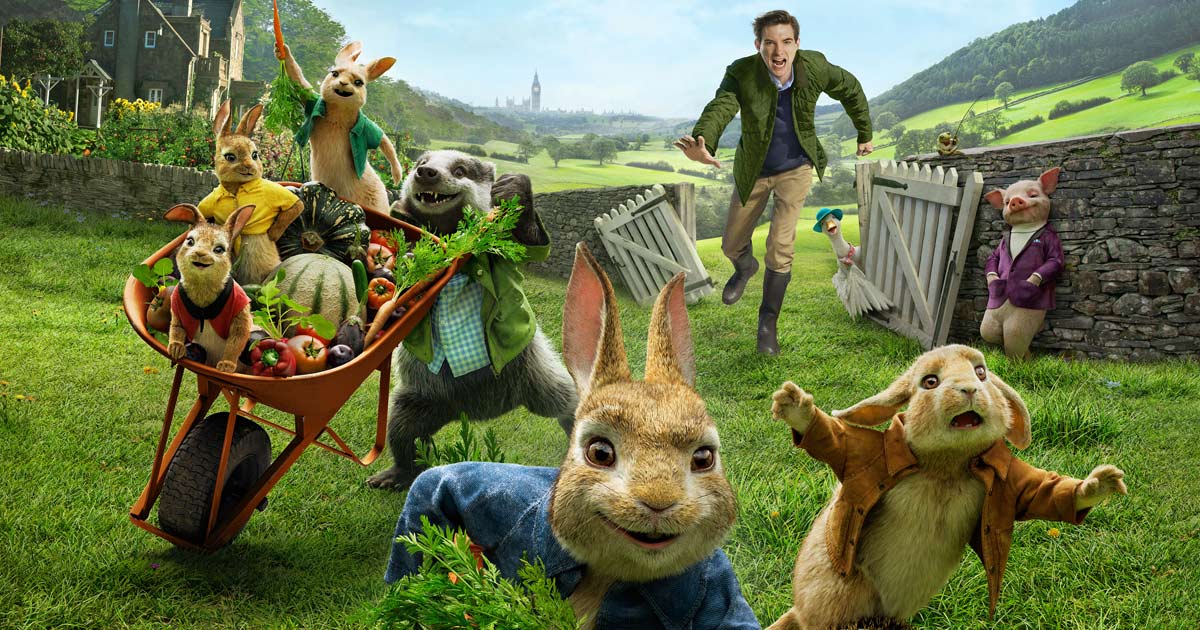 A big cloud of controversy has surrounded the Peter Rabbit movie since it came into theaters last week. Many parents, patients, and food allergy advocacy organizations are outraged because the main characters appear to food allergy bully a character in the film.

The Peter Rabbit movie features live actors and computer-generated animals. A human character named Tom McGregor is allergic to blackberries. In a quest to gain access to his garden, rabbits pelt him with fruits and vegetables before using a slingshot to send a blackberry flying into his mouth. Mr. McGregor struggles to inject himself with an EpiPen and then has anaphylaxis and collapses.

If you are considering seeing this film with your children, please talk to them beforehand and again following the movie.

Food allergy bullying happens when those living with life threatening allergies are teased, ridiculed, or even threatened or assaulted with food to which they are severely allergic.

Amidst petitions to boycott the movie and many public complaints from food advocacy groups, Sony Pictures issued an apology for the scene. In an emailed statement on Sunday, February 11th, the filmmakers acknowledged “Food allergies are a serious issue. Our film should not have made light of Peter Rabbit’s archnemesis, Mr. McGregor, being allergic to blackberries, even in a cartoonish, slapstick way.”

The statement concluded with a direct apology from the  film’s director, writers and producers: “We sincerely regret not being more aware and sensitive to this issue, and we truly apologize.”

Nearly six million children suffer from food allergies in the United States. It is important that society and all children are educated about life threatening allergies and are taught to accept children who have them.