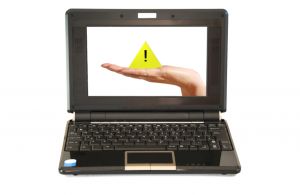 You may have heard that a middle school secretary recently blogged about how accommodations for food allergic kids are unrealistic. In her words ” There is zero way your accommodations are going to be made faithfully”. This post sent the allergy world in a tizzy and the blogger back pedaling as fast as she could.

The top of her blog, which at last check is now open to invited members only, says in part “I’m a middle school secretary. But, I’m not your middle school secretary. I don’t know you, and I don’t know your kid. I am not writing about you, your friends, or your neighbors.” She then goes on to write blog posts about things that obviously happen at someone’s school and to someone’s kid. So what’s the harm you say? We do live in a country with free speech right?

The problem is this secretary went on to sarcastically share the allergic child’s medical history, stated she didn’t even think he had a deadly allergy based on what she’s read about him, listed the school accommodations being granted and scoffed at them, listed that she worked at a middle school with 900 students, and to top it off has a picture of herself in her profile that states that she is a middle school secretary in Northern California. With a few quick keystrokes individuals were able to find her Facebook, Myspace, and Linkedin pages-all with the same profile picture; AND the school that she works at. People were able to identify her by name, which could lead to people being able to identify the child she wrote about.

The middle school secretary has of course now posted on sites all over the Internet stating that she made the entire story up, that as far as she knows there are no allergic children at her school. But one look at the school district web site and you’ll find a statement saying that the district has “eliminated peanuts to protect our students with severe peanut allergies.” This blog post was written the week after Food Allergy Awareness Week.

If the story is indeed true and this child can be identified, is that really fair to him or his family? Aside from how unprofessional this was, at a minimum she violated his confidentiality rights and more than likely set herself and/or the school up for a law suit. Let’s give her the benefit of a doubt though and say the story IS fiction. Does it really matter? Is this the type of secretary you would want working in your school with your children?

I am saddened and frightened that food allergy accommodations strike such a nerve with people. As parents, educators, and human beings-shouldn’t we want to keep ALL children safe and included? How difficult are these accommodations really? Is it about the accommodations or something else?

With this new Internet world we live in we must be careful as people, posters, and bloggers. We’ve heard stories of those fired because of statements on Twitter, Facebook, or Myspace. You’re not anonymous unless you go to great lengths to make yourself so.

Regardless of whether we are on or off the clock or whether we write for a personal blog, as writers and bloggers we should strive not only to write truthfully-but ethically and morally as well. Sure we’re all entitled to our opinions, but if you hold a certain position-like a school secretary-you should think about what you write carefully even during off hours. Unless of course you don’t mind losing your job.