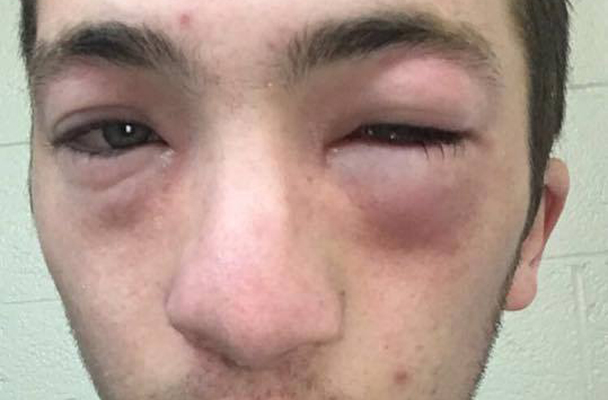 Teresa Seely asked the public to share her Facebook post showing photos taken of her son last October after peanut butter was smeared on his face while he was passed out at a fraternity event. Seely’s son suffers from a deadly peanut allergy.

Seely’s Facebook post explains, “He could have been killed. He was sent to the campus health clinic by a professor and treated. Luckily he is still alive.”

The Seely family has taken action by notifying campus police, the Central Michigan University Police, local news agencies and have contacted an attorney.

Last night, we found out that our son was a victim of a hazing incident at Alpha Chi…