Waiter Arrested After Allergic Customer Goes Into a Coma 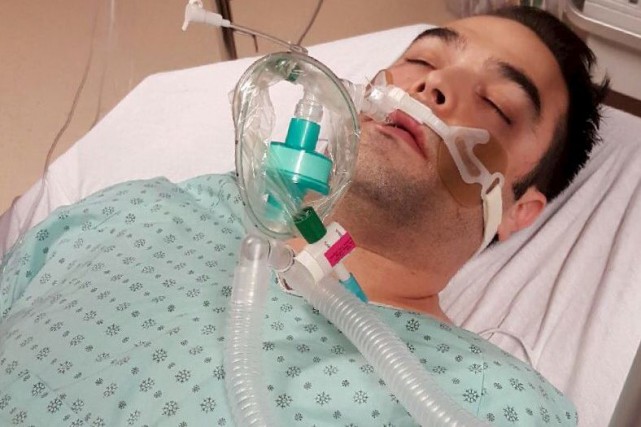 Police in Sherbrooke, Quebec, Canada are investigating a 22 year old restaurant employee for criminal negligence over a plate of salmon tartare served to a severely allergic client. The incident happened at Le Tapageur restaurant in May 2016, and left Simon-Pierre Canuel hospitalized for weeks.

Canuel filed a formal complaint against the server after he says he nearly died from his meal. According to the complaint, Canuel ordered a beef tartare and alerted the waiter numerous times that he was allergic to salmon and seafood. Martin Carrier of the Sherbrooke Police says the waiter allegedly didn’t take any notes while taking the order and the victim repeatedly warned the staffer about the allergy to ensure there wasn’t any cross-contamination in the kitchen.

A short time later, police say a plate of salmon tartare was brought to the table and the patron took a bite, unaware of what he’d been served because the lighting in the restaurant was dimmed.

Shortly after he took his bite, he started having difficulty breathing and symptoms of anaphylaxis. He had left his EpiPen in his car. Canuel fell ill and was hospitalized for several weeks, even falling into a coma for two days and suffering cardiac arrest.

Police met with witnesses before arresting the waiter this week. He was released with a promise to appear in court at a later date.

Police are recommending a criminal negligence charge, but the final decision will come from Quebec’s director of criminal and penal prosecutions to determine whether charges will be laid. The definition of criminal negligence in the Quebec Criminal Code allows for an arrest if there was carelessness or lack of action to ensure the health and safety of others.