Travel: Coping with Allergy Anxiety and Creating a Backup Plan 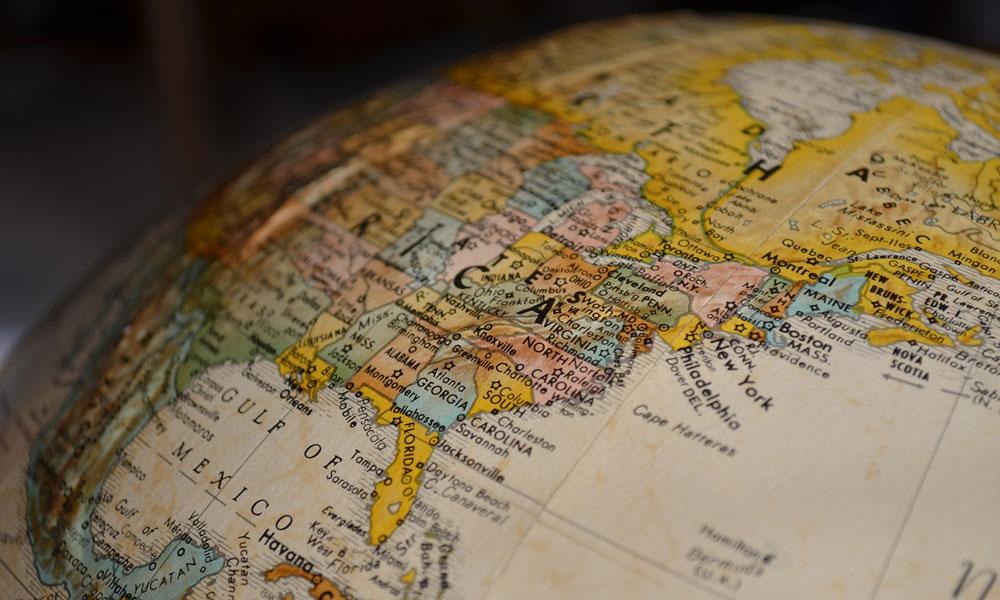 When packing for my trip to Southeast Asia, I told my friend Lee I was bringing five EpiPens with me. The caring and concerned friend she is, Lee asked me what I’d do if I went through all five.

“I think I’d have to come home,” I replied, and we both started laughing.

I landed in Thailand nervous, but incredibly determined – not only determined to make it through my three months healthy despite my anaphylactic allergy to peanuts, but also to thoroughly enjoy myself. And as I wrote just over a month ago, I made it through the first 30 days with no problems, coming to the conclusion that if you’re alert at all times, travelling in this region of the world with a peanut allergy is not that big of a deal.

Well, I’ve now been in Southeast Asia for over two months – but I will soon be making an early, unscheduled exit from the region. I’m not ashamed to say, it is largely because of my allergy. 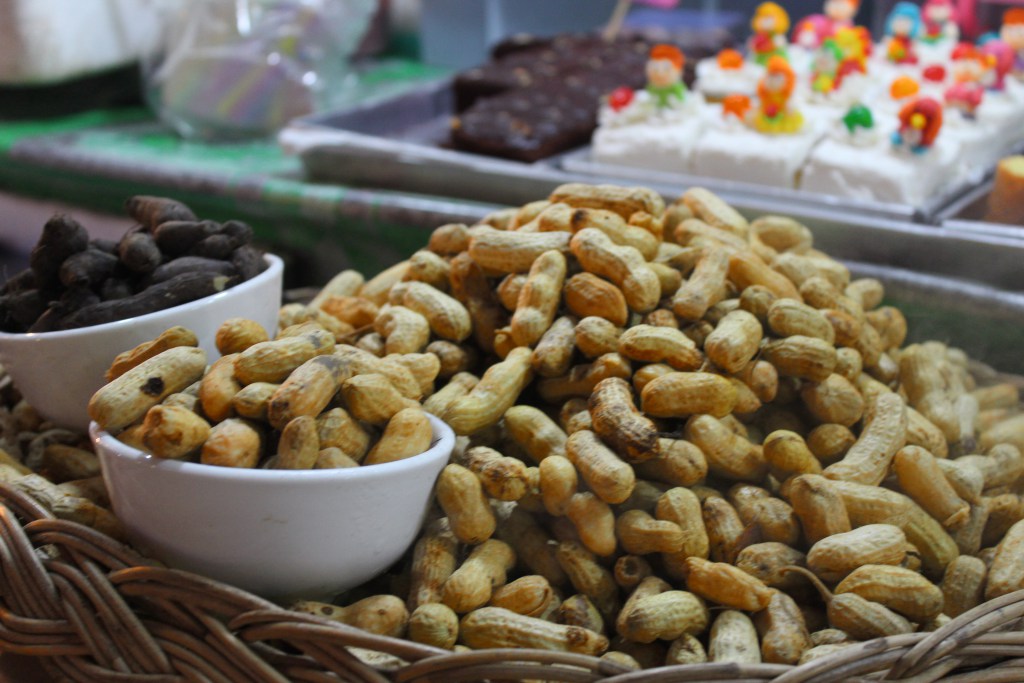 I still stand by what I wrote a month ago: I can absolutely find food to eat in Thailand, even local food; people understand my allergy; food stalls are the best place to eat. In fact, throughout my 70 days in Southeast Asia, I haven’t had any physical problems at all – but I’ve had a whole slew of emotional ones.

In my last article, I wrote this:

A lot of the allergy game is a mind trick. If I can’t place the taste of certain spices, my mind immediately jumps to peanuts, and then all of a sudden my throat decides a fun game would be to pretend it’s actually having a reaction.

Does this sound familiar to anyone else?

This is a psychosomatic reaction, where (in truly scientific terms, I’m sure) your body mimics a certain physical reaction based on stress and anxiety.

(For anyone curious, how I deal with a psychosomatic reaction is by popping a Benadryl, trying to take long, deep breaths, and distracting myself by reading a book or watching something on TV. Normally after 20-30 minutes, since I’m clearly not having a reaction, my throat will decide the game is not fun anymore and go back to normal.)

Over the last month, my number of psychosomatic reactions have increased tenfold, and my peanut allergy anxiety (or PAA, as I would like to fondly refer to it), which had lessened significantly during my first month here, came back with a vengeance.

I suppose there are probably many reasons for this, the most obvious one being my schedule. In my first month, I was squarely rooted on Koh Phangan, living and working and spending time with the same people at the same places. Sure, it was “travel” in one sense of the word, but I think I may have underestimated how much that helped my PAA. I was able to get to know specific street vendors. I frequented several restaurants. I knew where the local hospital was and that it would take me no more than 25 minutes to get there, no matter where I was on the island at the time.

This past month as I travelled through northern Thailand and Vietnam, the longest amount of time I stayed in one place was three nights – hardly enough time to form a routine to the point that I could buy and eat food with ease.

Another reason, I’m sure, was the change of culture, particularly going into Vietnam. Tackling a whole new cuisine was a hell of a lot more daunting than I ever thought, particularly with new language barriers and new cultural mannerisms.

Case in point: the most classic response I got in Thailand when I showed people my peanut allergy translation card was “no have”; in Vietnam, it was: “yes.” (As in “yes, no peanuts;” but still, that doesn’t really assure much confidence, does it?) Adding to this change in rapport was the fact that peanut oil is actually used in Vietnam, particularly in the north – something I had not encountered in Thailand. Luckily, most restaurants still used sunflower or soybean oil, but when your mind is already playing tricks on you, that doesn’t always help calm the inner dialogue…

Which leads me to what I think is the real and honest reason my PAA exploded this month: dealing with my allergy for so long has just taken its toll on my mind. 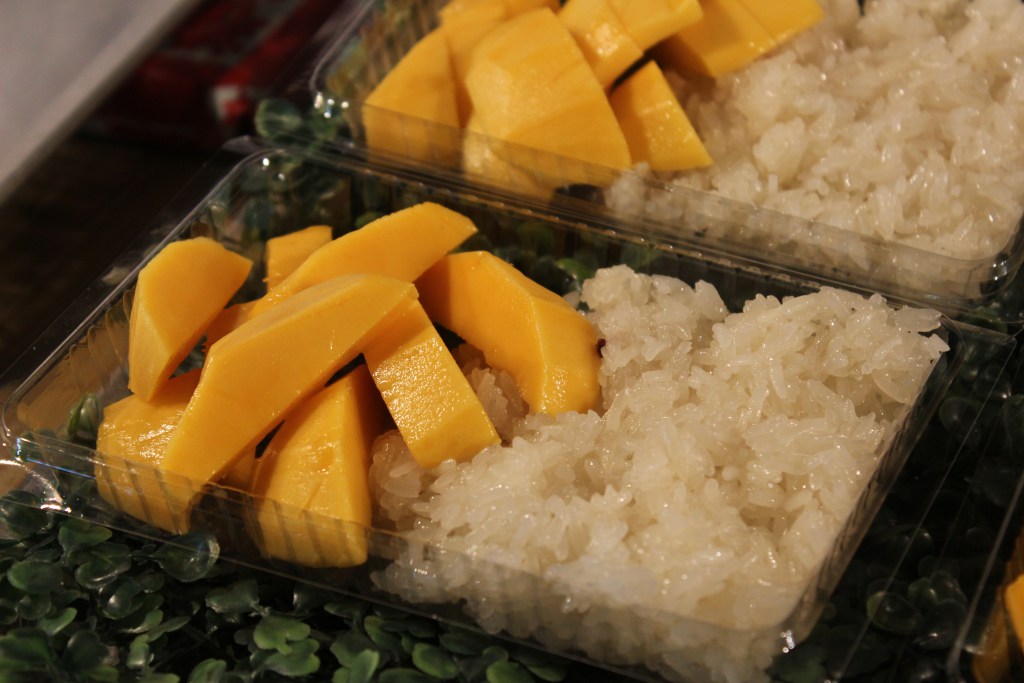 After awhile, even foods I’d previously loved in Thailand became nerve wracking to eat, thanks to allergy anxiety

I firmly believe that if you have a peanut allergy, you can come to Southeast Asia and have an absolutely fantastic holiday, free from allergic reactions. But while it is also doable, staying for an extended period of time completely depends on your own personal emotional levels.

This sounds very dramatic, I know, but after 70 days I’ve just become very, very tired: I’m tired of having long, stilted back and forth conversations with servers, still not totally sure whether or not they understood; I’m tired of having to discretely sniff my food to make entirely sure there are no peanuts; I’m tired of keeping an eagle eye on everyone else’s utensils in a shared meal scenario; I’m tired of being nervous of eating and constantly staying on high alert mode; and honestly, I’m just plain tired of talking about it (she says as she types an essay on the topic).

Two months is a long time to deal with a life-threatening food allergy in a part of the world where I don’t speak the language and said food is very prevalent. It’s certainly longer and much more involved than a short holiday, and I’m certain the length and intensity of my travels are what led me to my breaking point, when, just a few days ago, I ate an avocado and turkey wrap in the Bangkok airport. I triple checked there were no peanuts. I opened it up to examine the contents. And still, after I ate it, I sat shaking for a good 15 to 20 minutes, fully believing I may have a reaction.

That is a psychosomatic reaction of the most extreme. When my PAA was in check when I was living on Koh Phangan, the worst pyschosomatic reaction I had was to a chicken skewer that had a very hard-to-place sauce. That one is more logical. An avocado turkey wrap? That’s just mind games of the destructive kind – and it was when I realized with certainty I had to change my travel plans.

When I began to map out my travels post-Vietnam, I knew I had a week on the Andaman sea with my friend Shaun; after that, I had exactly three weeks before my flight back to North America from Bangkok, a good amount of time. I could travel through Cambodia and Laos, hitting up beloved spots like Angkor Wat and Luang Prabang. For awhile, I even played with the idea of Myanmar after some incredible and eye-opening experiences with Burmese people in Thailand. But over the last month, the idea of tackling a new culture and a new cuisine became absolutely daunting. I began to realize this as people throughout my travels would ask me about my next plan, and I would respond in the most tepid way possible, “I don’t know, maybe Cambodia?”

I always like to try to stick things out, but when they begin to affect my mental health or my sanity, I have a firm GTFO policy. So, I began to look into changing my flight and coming home early – and when I realized that would not only cost me a $300 USD change fee in addition to the ticket difference but it would also affect my final leg as well, as I have a stop planned in the States before returning to Canada, I decided to consider other options.

Where could I go that I would feel safe eating the food, where the culture and language would be similar to my own, where it would make sense to return to Bangkok for my homeward bound flight, where I (crazy thought!) would actually really want to go.

When I realized where I could go – and for only a tiny fraction more than the minimum it would cost me to come home early – I broke out with the widest, goofiest, most “Oprah-aha-moment” grin that I just knew it was the right decision… and a pretty freakin’ amazing option, at that.

It’s going to be short but so, so sweet: Australia, I’ll see you very soon.

Republished with permission from Erin Morawetz. Read more about Erin’s travels on ErinMorawetz.com