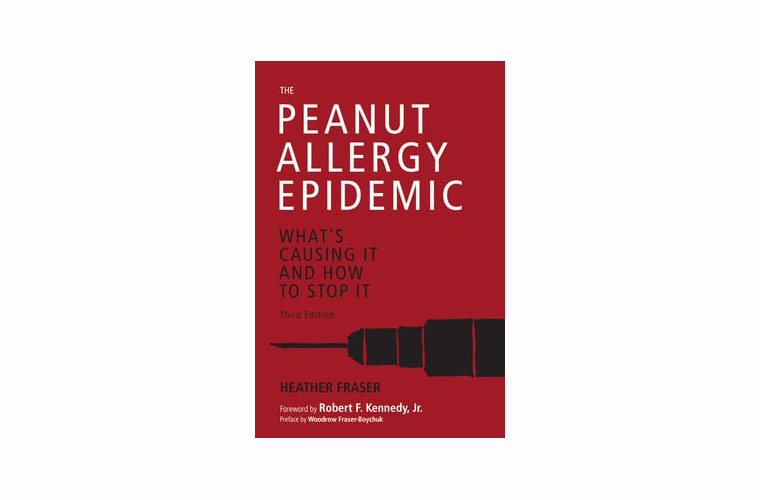 The third edition of The Peanut Allergy Epidemic will be available in June, 2017. This edition has a new section on the history of allergy treatments and a tremendous Foreword written by another allergy parent, Robert F. Kennedy, Jr.

Why is the peanut allergy an epidemic that only seems to be found in western cultures? More than four million people in the United States alone are affected by peanut allergies, while there are few reported cases in India, a country where peanut is the primary ingredient in many baby food products. Where did this allergy come from, and does medicine play any kind of role in the phenomenon? After her own child had an anaphylactic reaction to peanut butter, historian Heather Fraser decided to discover the answers to these questions.

About the Author: Heather Fraser

In 1995, my one year old son Woody reacted violently with anaphylaxis to a taste of peanut butter. My shock was rivaled only by my confusion at the time about what had happened and why. I quickly learned, however, that we were not alone. My son was part of a first massive wave of severely allergic children who arrived for kindergarten at schools across Canada, the UK, Australia and the US.