Lessons Learned from Participating in the Peanut Patch Study 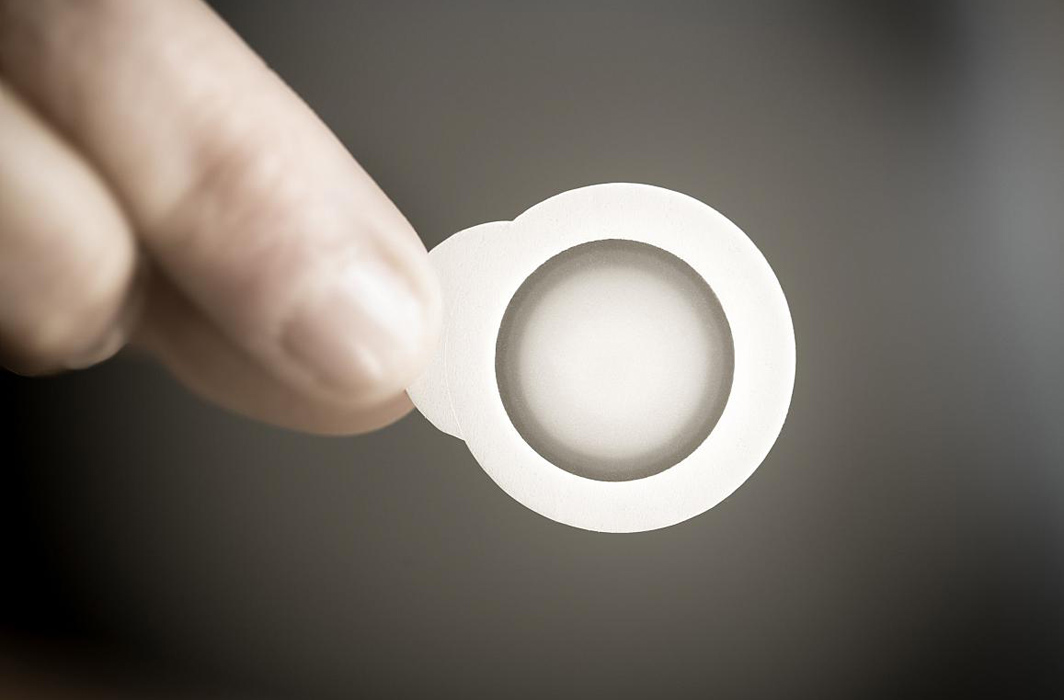 Hello fellow food allergy families. My name is Elly Ward and I am the mom of two young boys. My oldest son reacted to peanut butter when he was just 8 months old and that experience changed our family. I struggled to locate safe products that were also organic or GMO-free without travelling to a multitude of stores.

My son, Hunter, is now 5 years old and has strictly avoided peanuts for most of his life. I have researched food allergies since his initial reaction at 8 months old. Through my research, I discovered that Food Allergy Canada hosts an annual conference and my husband and I attended in 2015. During that conference we learned a lot about treatments and the peanut patch intrigued me. I had heard of it along with oral immunotherapy and sublingual immunotherapy.

After the conference, I spoke with my son’s allergist about these treatments. I found out that he does oral immunotherapy but due to my son’s reaction history, it was too high risk. I asked about the patch and he said that if I could get into a trial, it would be a great option for my son. I emailed the researcher’s office and found out that a phase 3 trial would be beginning within the next 6-8 months. I emailed every month and then every two weeks to ensure Hunter would be at the top of the list.

Hunter was the first person enrolled worldwide for the phase 3 PEPITES trial and also the first person worldwide to complete it. He has now moved into the rollover study, referred to as PEOPLE. We have been travelling to Toronto, which is about a 3.5 hour drive one way, for over a year now with at least another 1.5-2.5 years to go. There have been 2 food challenges, which were incredibly scary and many blood tests and skin prick tests so far and we aren’t even halfway through. Over the course of the protocol so far, there are several things I’ve learned – that’s not to say these are new discoveries but many have simply confirmed previous knowledge.

Obviously, we all know this. However, seeing first hand what your child’s symptoms are, how much (or how little) peanut protein they can actually react to, and what is needed to stop the reaction is a scary affirmation of why avoidance is so important.

My son’s first two reactions (prior to beginning this trial) were very different – one started with hives around his mouth, which traveled quickly and soon he was lobster red from the waist up; whereas the other was a contact reaction on his face and started with coughing, sweating and sneezing and ended with epi. We really had no idea what to expect during the trial food challenges or how much peanut he would ingest before reacting.

Food challenge one started with an itchy throat and scratching, coughing, and sneezing followed by red and puffy eyes, hives on his face and torso, rapid breathing and wheezing, increased blood pressure, stomach upset, and obvious distress. He reacted after a cumulative amount of 44mg of peanut protein, or about 1/15th of a peanut. Of course, epi was given and his symptoms resolved.

We assumed and hoped that the second food challenge would be much the same, but we were very wrong. It started with an itchy lip and tongue and then a sore stomach. Then he started to get hives and was hot and red. At this point epi was given. However, he didn’t look like he was improving. He was fidgeting and mopey, his hives were turning into a lacy rash, he was itching like crazy, plus his oxygen levels were decreasing and he started wheezing and sneezing. He said he was having trouble breathing. He needed a second does of epi. Th second food challenge ended after only a cumulative dose of 14mg of peanut protein or about 1/50th of a peanut.

Each of my son’s reactions has been different and, although I don’t know the exact amounts of peanut he reacted two the first two times, I do know that the most recent two reactions were drastically different in their amounts. Hunter’s tolerance went from 44mg of peanut protein down to only 14mg. The amount of peanut protein on each patch is 250mcg, which is the equivalent of 1/1000th of a peanut. His backs looks awful every day, and if that can occur with only that tiny amount of peanut protein, I can’t even fathom what his reaction would look like if he were to come in contact with a full peanut.

Every single reaction can start with different symptoms and can start with a different amount of allergic protein. This is why strict avoidance is so important and why our family only uses products that are from a peanut and tree nut free facility. This again proves why we never get complacent; why we always check labels, call companies, always carry 2 epi-pens, ask for accommodations, and advocate at school, recreation centers and with family and friends. This is also the main reason I opened No Nuts About Us, because I wanted to make sure these products are readily available for families like ours.

Clinical trials are a huge commitment.

When we signed up for the PEPITES trial, we knew that Hunter could get the peanut patch or the placebo for the first year. After that first year, he would be guaranteed to receive three years of treatment with the real peanut patch – either three additional years after PEPITES if he had been on placebo during the first year, or two years after PEPITES if he was on the peanut patch during the first year. What we didn’t know is that after that first year, we would need to sign on for another 2-3 years of trial tests and visits. We had incorrectly assumed that the guaranteed additional treatments would be given to us and we would be done with the trials. We figured that the trial would only be one year of skin tests, blood tests and frequent visits to Toronto.

After his second food challenge, when we read that during PEOPLE, the blood tests and skin tests were more frequent and after his upsetting food challenge, it crossed our minds not to continue. Why did we? We hope that he was on the placebo the first year and that the actual peanut patch would help. Soon we will find out if he was on placebo for the first year; however, after seeing his back during the PEOPLE study, I strongly believe he was. That gives us hope because there is still a chance that the patch will work and help increase his tolerance. Hunter knows what the patch could do and that he is helping other kids like him and that makes him want to continue, even though he is itchy all the time. He is also excited that he gets safe donuts after each appointment, which are far better then Tim Hortons anyway.

The peanut patch isn’t a cure.

Hunter’s body will always think of peanut protein as the enemy, but this treatment will provide a chance to increase his tolerance level. The patch is now a part of our daily lives and if it increases his tolerance even a little, it’s worth it. Obviously, he will still never sit down and eat a peanut butter sandwich and he will always carry an Epipen, but he may be able to lessen the risk of so many other things: he will be able to eat at a restaurant without worrying about cross contamination or even cheer on the Toronto Blue Jays, not from the nut-reduced section in the outfield, but from behind home plate.

During the last food challenge, we were lucky enough to meet two wonderful boys who were enrolled in the milk patch trial. They were completing food challenges after one year on the actual milk patch, as they had both been on placebo during their first year. The amount of milk that they were able to tolerate was huge in comparison to their dose just one year prior – enough so that it brought one mother to tears. Just imagine what that could do for their family’s quality of life! I’m glad we were able to see them achieve that and hopefully after another year, Hunter’s results will be better as well.

Hunter isn’t defined by his peanut allergy. He isn’t that “peanut allergy kid.” He is just our smart, funny, inquisitive, kind little boy who loves the Toronto Maple Leafs, the Toronto Blue Jays, soccer, and hot wheels, he enjoys cooking, and he knows the name of every herb and spice – oh, and he also happens to have a peanut allergy. To the outside world, such as his school and his friends, he may be the “kid with the peanut allergy” and we know that is, for the most part, to keep him safe, but wouldn’t it be great if that topic didn’t have to be the first one that needed to be brought up…maybe the patch will help us get there.

Elly Ward is the mom of two young boys. Her eldest son reacted to peanut butter when he was just 8 months old and that experience changed her family. After struggling to locate safe products that were also organic or GMO-free without travelling to a multitude of stores, she is now the owner and founder of a new online store called No Nuts About Us. This store offers Canadians the opportunity to purchase a wide variety of products from peanut and tree nut free facilities. Products range from food to skin care, hair care, baby care, and makeup to cleaning products.

This post is a guest post from a member of the Best Allergy Sites Community. Interested in contributing to our site? We are looking for original recipes, news and allergy related articles and stories. Visit www.bestallergysites.com/submit-a-post to Submit a Post.
Newer Post
Olde York Issues Allergy Alert on Undeclared Milk in One Lot of Clancy’s Snack Combo 20 X 1 Oz
Older Post
Allergen Alert: Wegmans Food Markets, Inc. Issues Allergen Alert on Undeclared Peanuts in Wegmans Original Killer Brownies with Pecans, Sold Individually or Pre-packaged by the pound in Bakery in New York State Stores Only