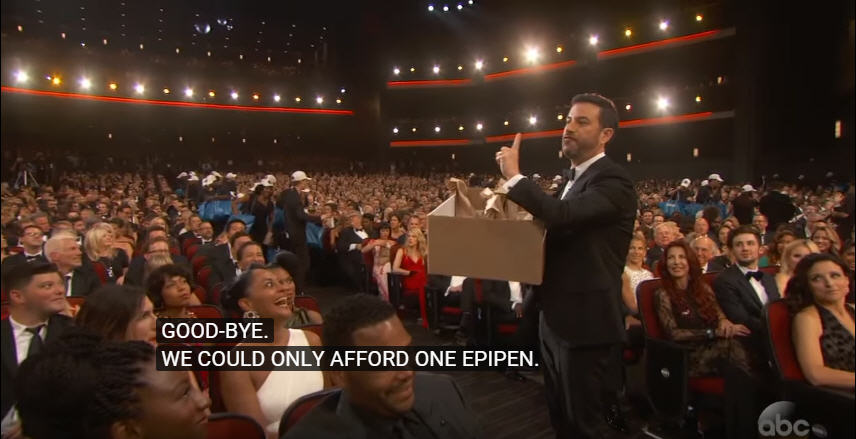 The allergy community is a buzz today, as the Mylan Epipen pricing scandal was brought to the mainstream at the Emmy’s last night.

Jimmy Kimmel, the host of the 2016 Emmy Awards, surprised the star studded crowd with Peanut Butter and Jelly sandwiches made by his own mother. The sandwiches were distributed by the kids from ‘Stranger Things’ riding on bicycles in the Microsoft Theater in Los Angeles, California.